“The concept of lightness interests me a lot”, writes the Spanish architect/designer Andrés Marino Maza. “I equate lightness with efficiency; for example the structural efficiency necessary for the flight of a bird, materialized in a highly optimized hollow skeleton.

In its quest for lightness, Maza uses steam bending techniques used by boat builders to create furniture made from incredibly thin strips of material. Here is his Barlovento Stoolmade from american red oak: 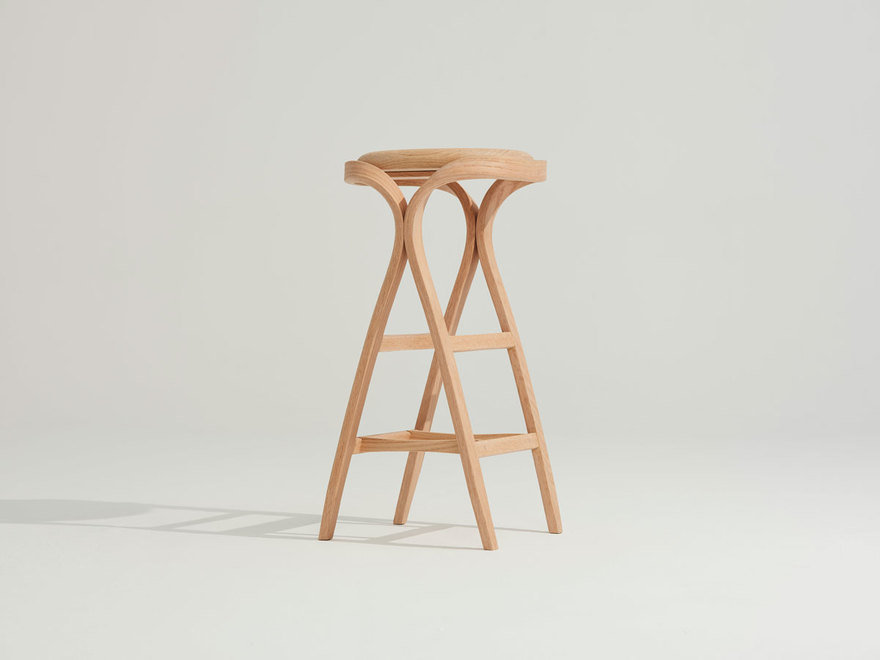 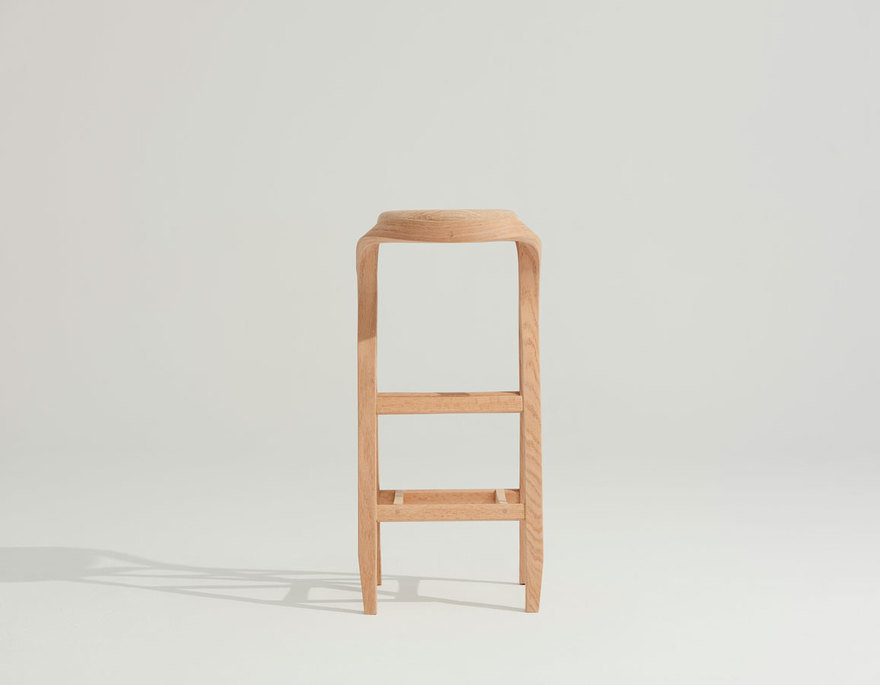 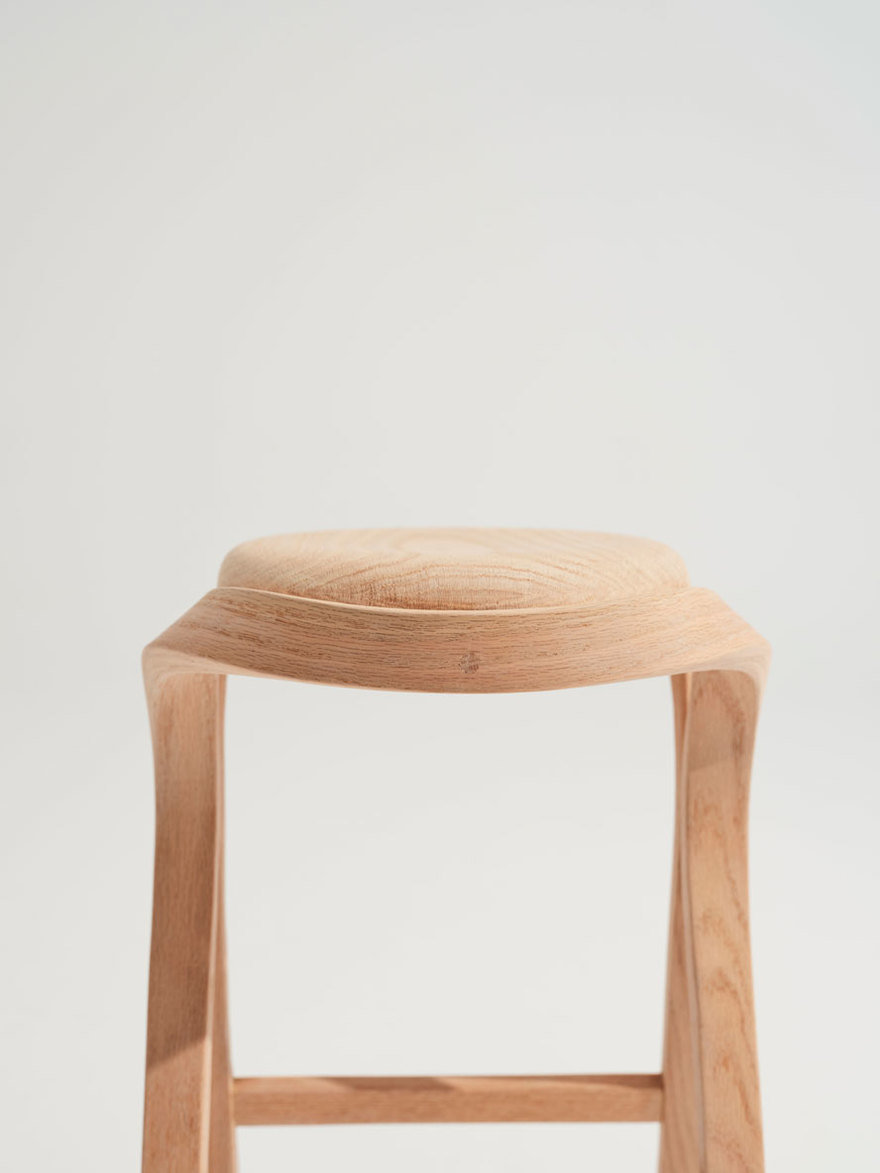 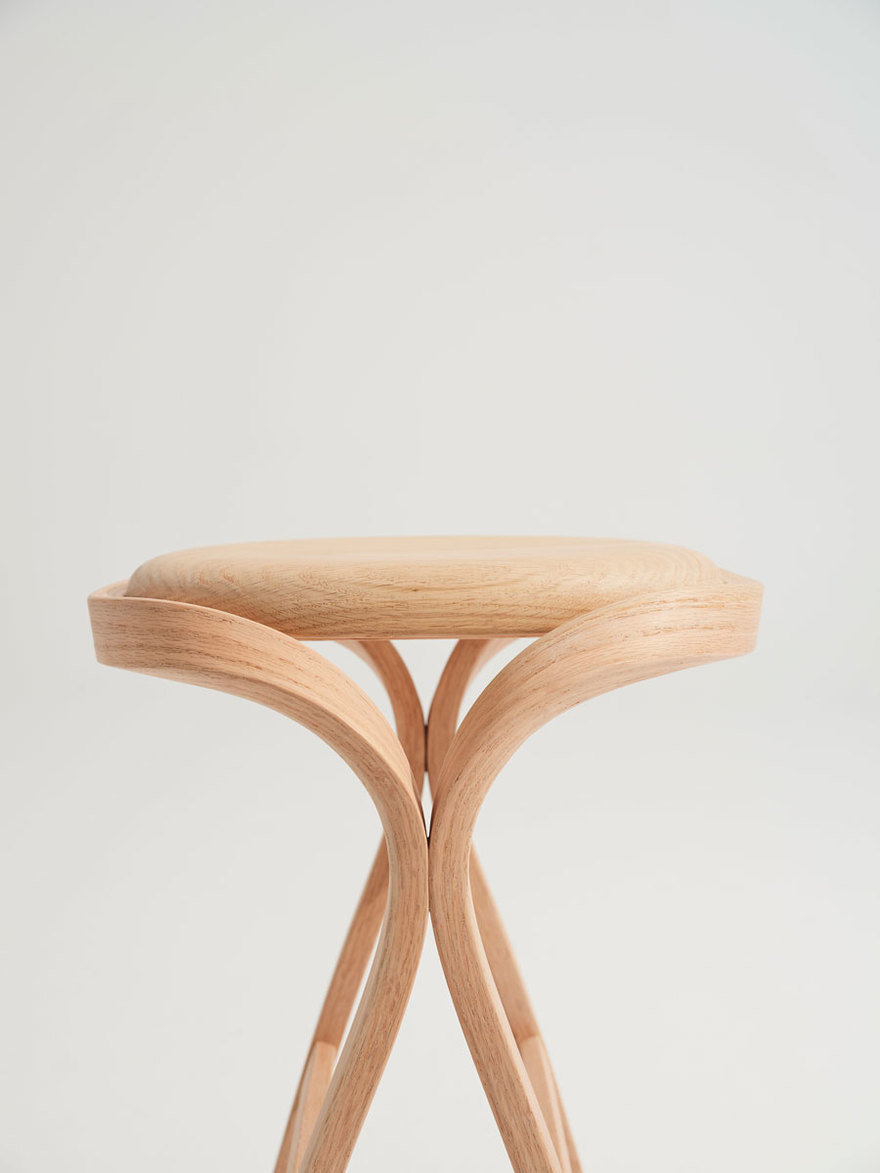 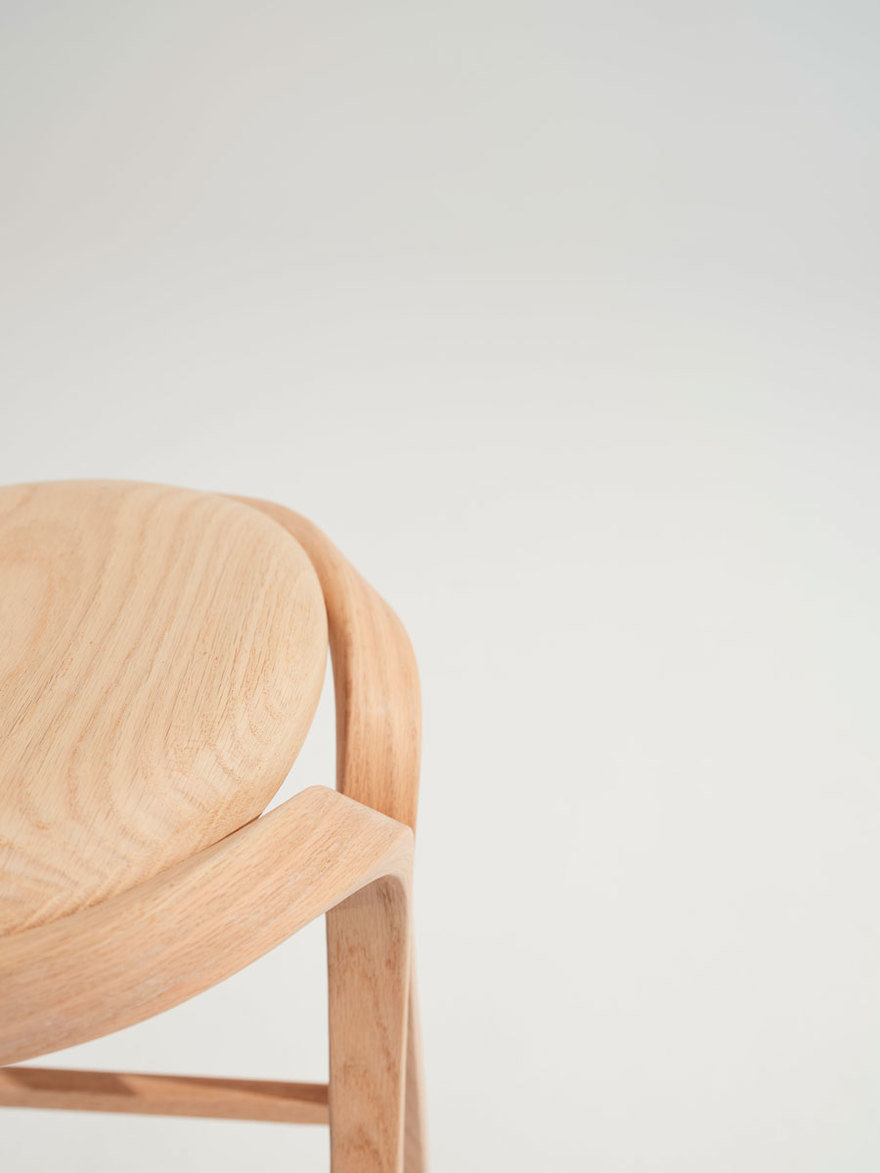 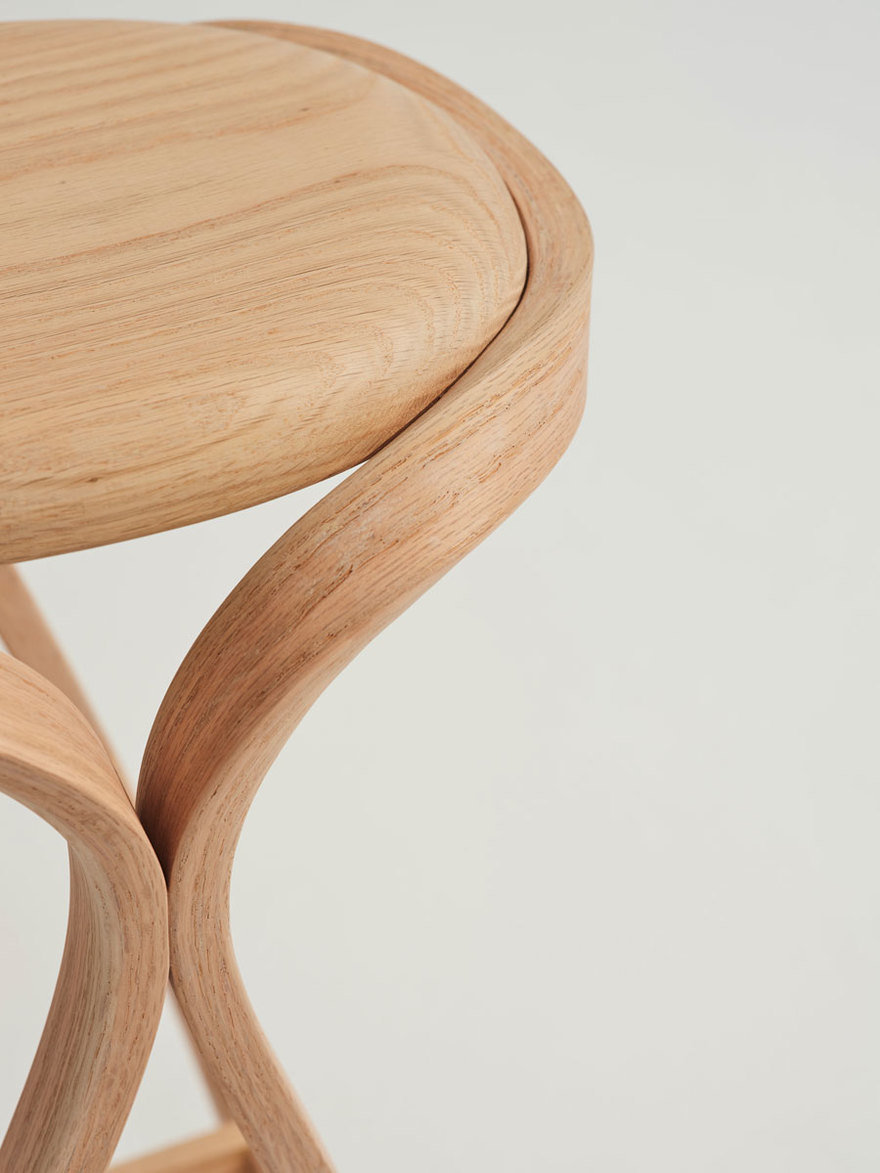 His Nina & Beni chair is made from American walnut and ash: 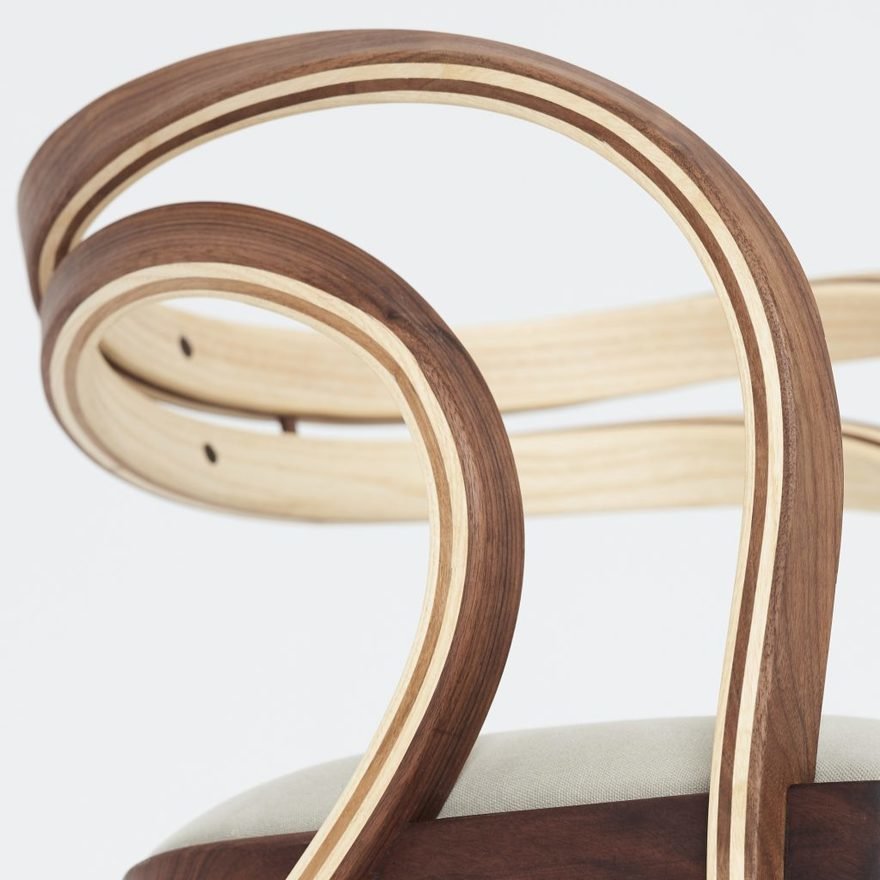 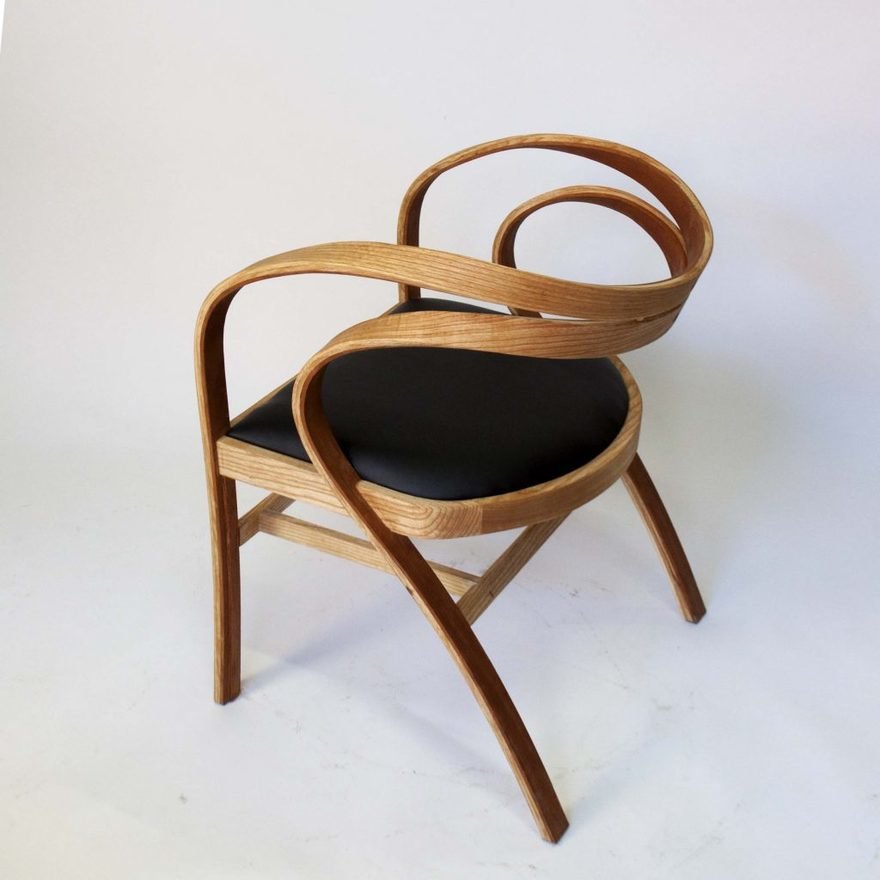 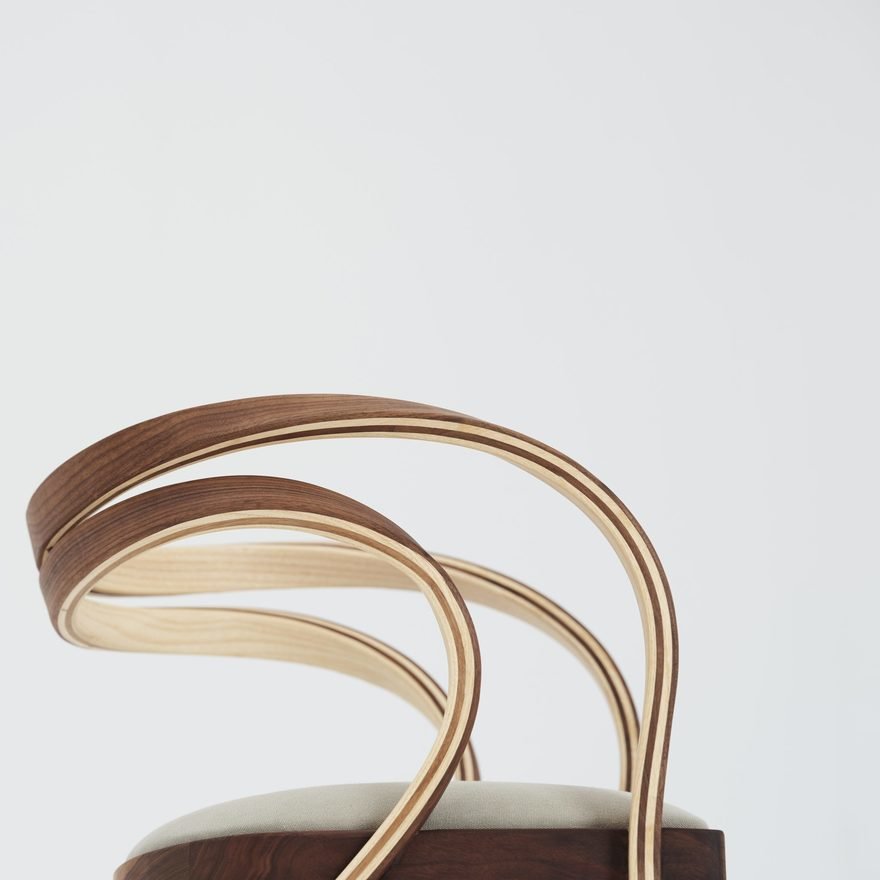 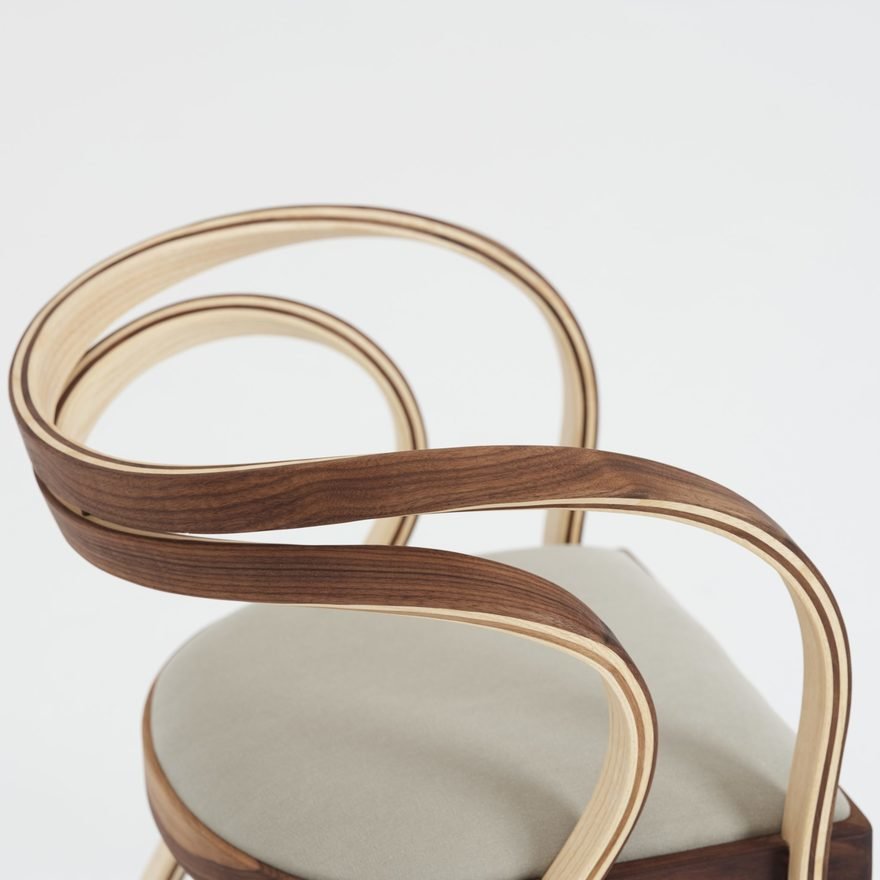 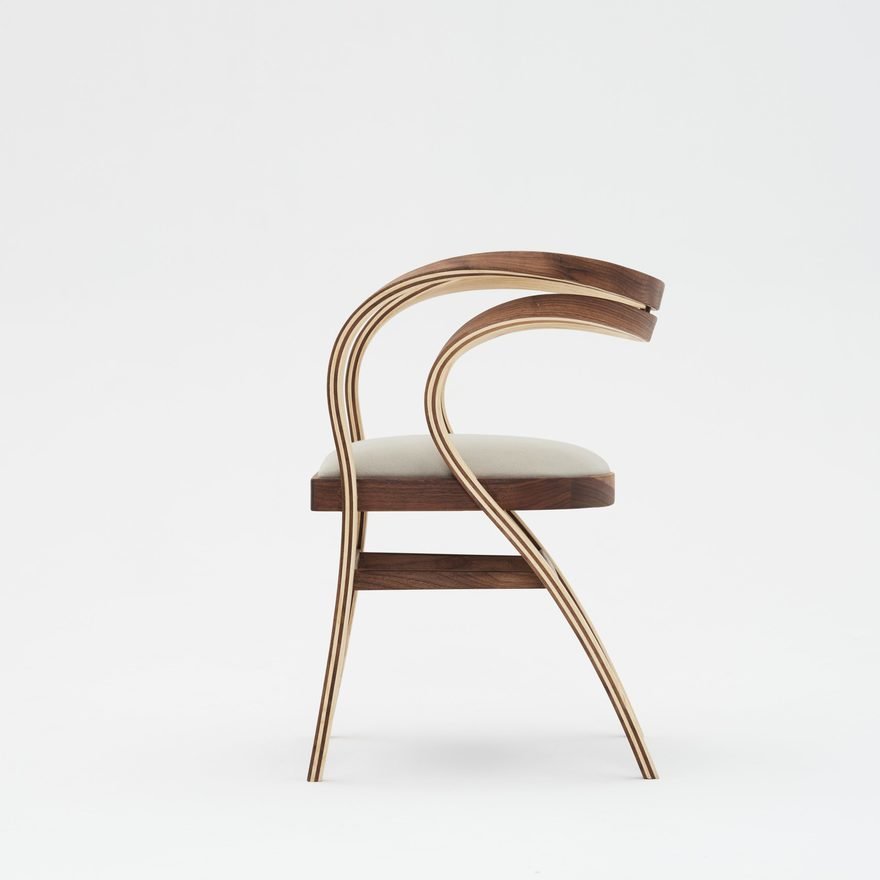 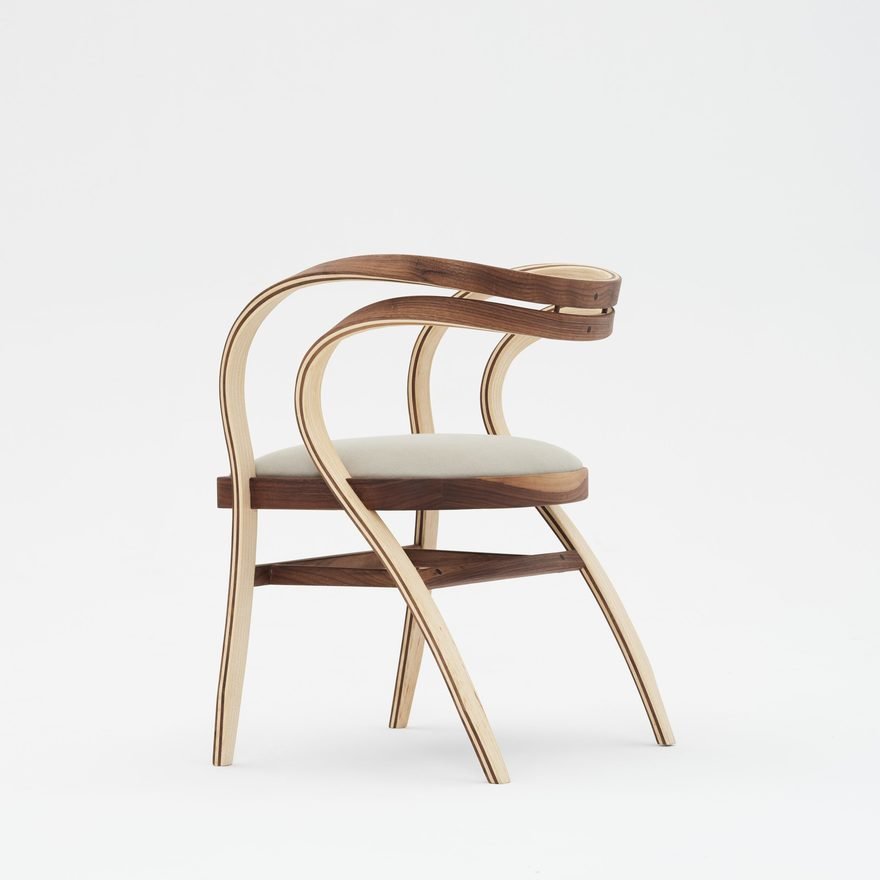 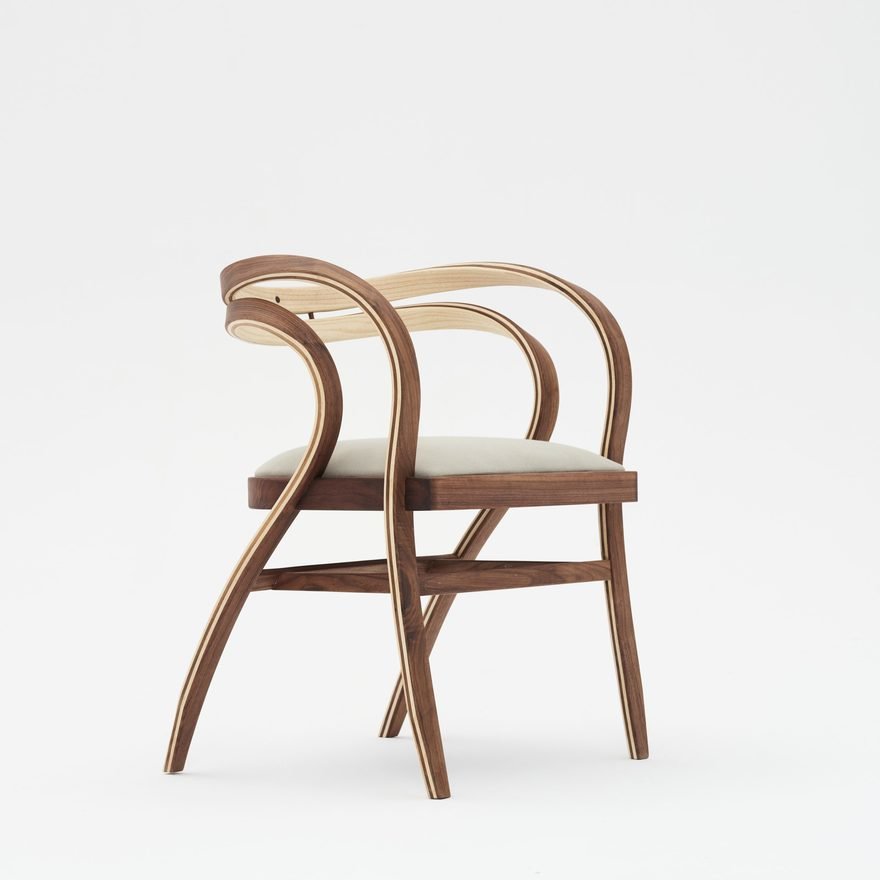 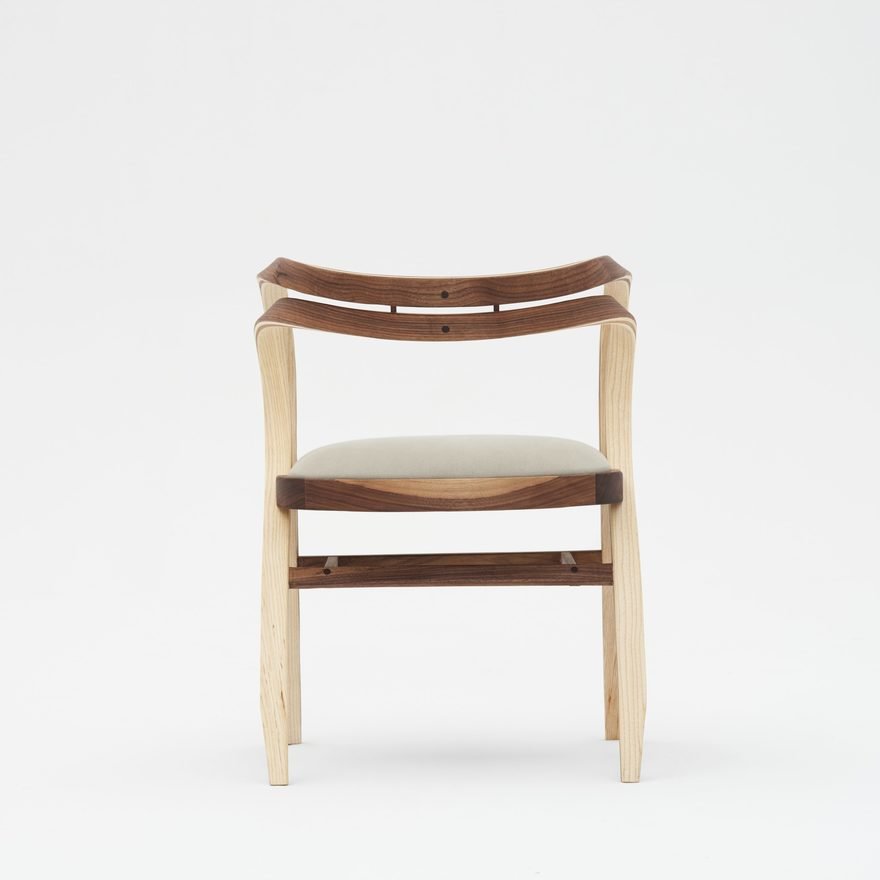 His Flex Rocker is also made from American walnut and ash: 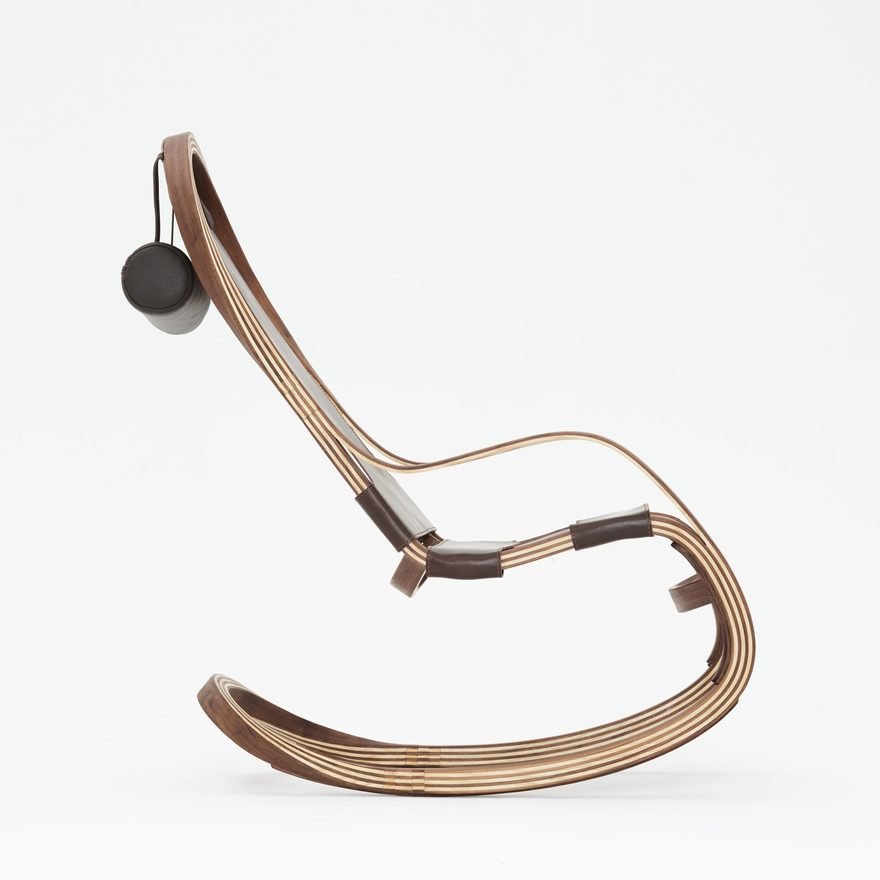 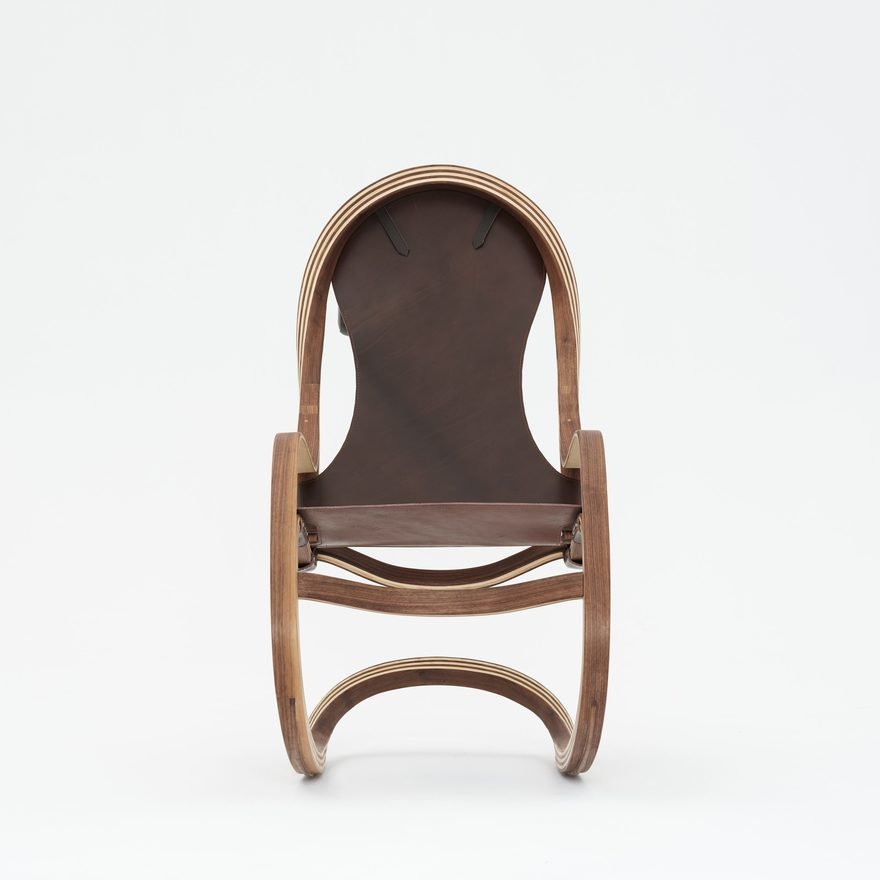 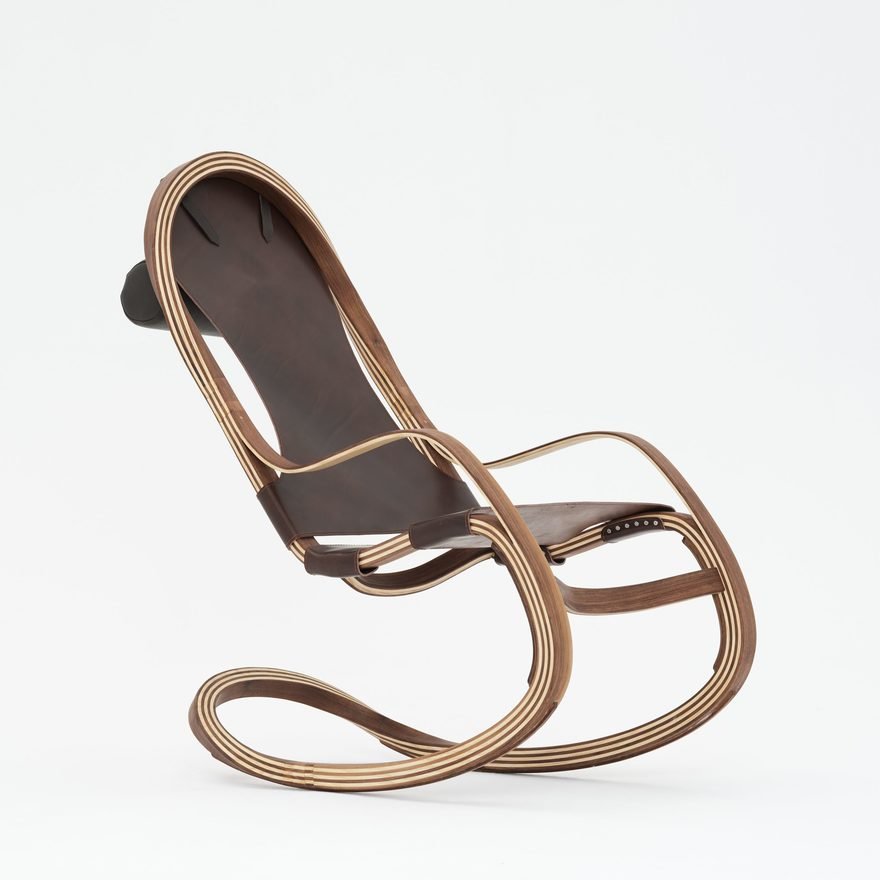 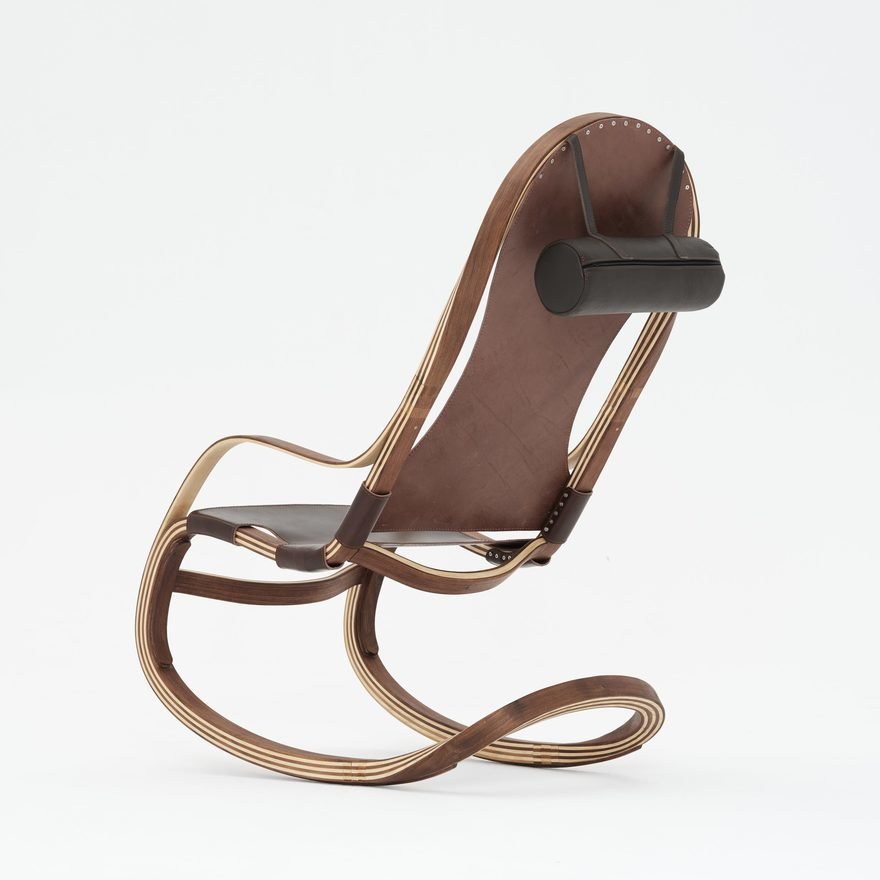 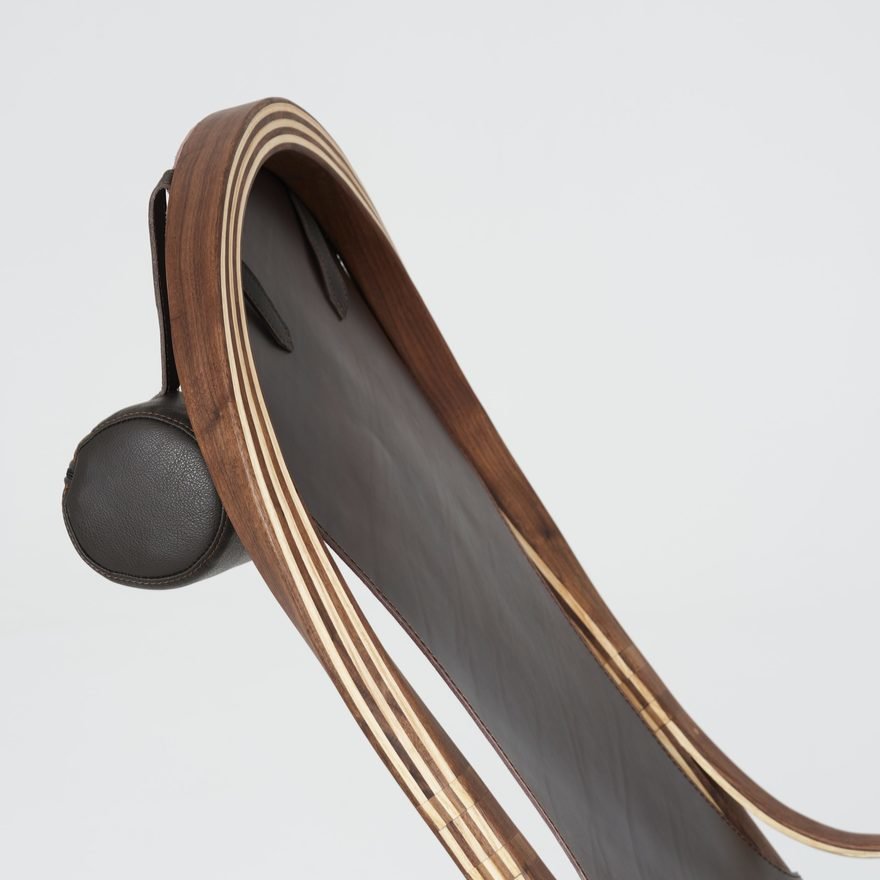 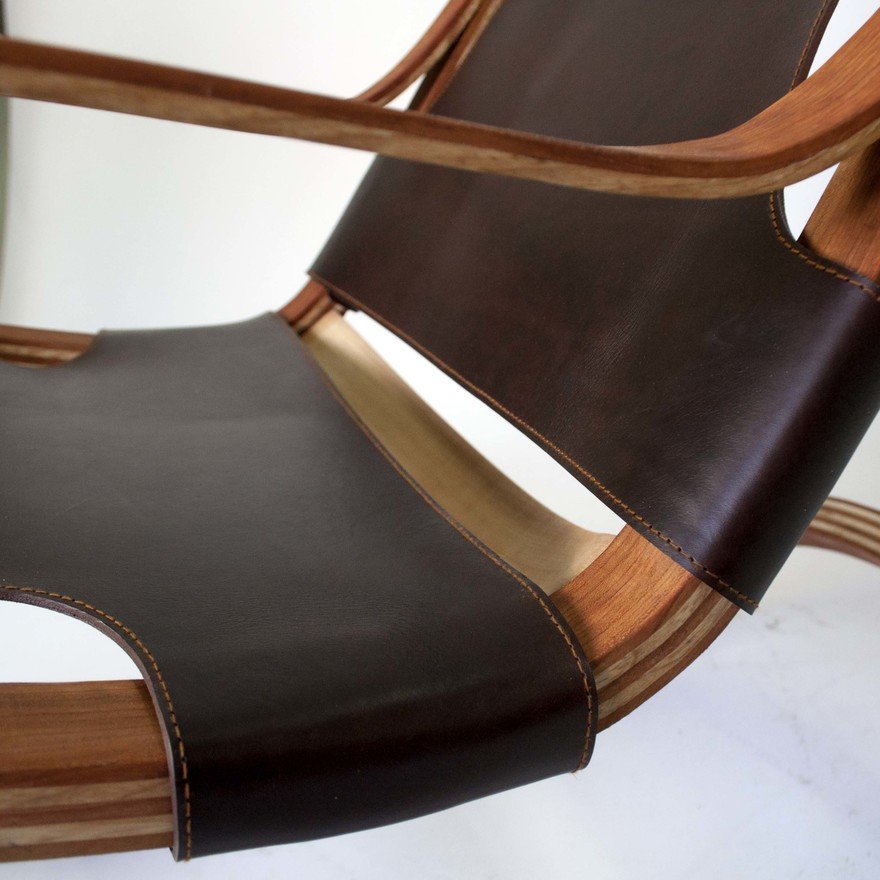 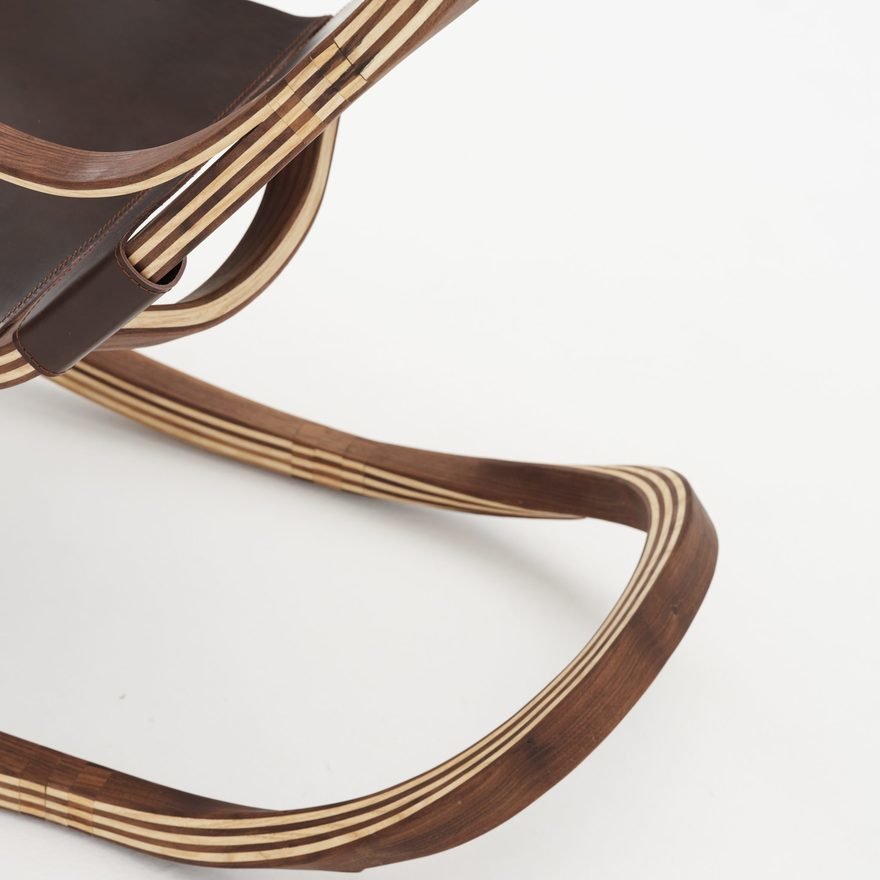 Here’s a look at Maza’s production process, which begins with a five-axis CNC milling machine used to create the shapes the wood is clamped to:

A quick word on steam bending:

When I was still living in New York, I trained in martial arts with a well-known doctor in TCM (Traditional Chinese Medicine). A patient had come to him complaining of chest pain; he had seen several Western doctors, they had all done tests, and no one could figure out what was wrong with him.

Initially, the TCM doctor also couldn’t find the cause of the patient’s chest pain, until he found out what the patient was doing for a living. He made steam-bent furniture, spending much of the day pressing hot strips of wood into molds.

In traditional Chinese medicine, the palms are believed to be internally linked to the heart, and the TCM doctor told the patient that spending all day burning his palms essentially overheated his heart and caused pain. The patient changed his workshop habits and the pain disappeared. 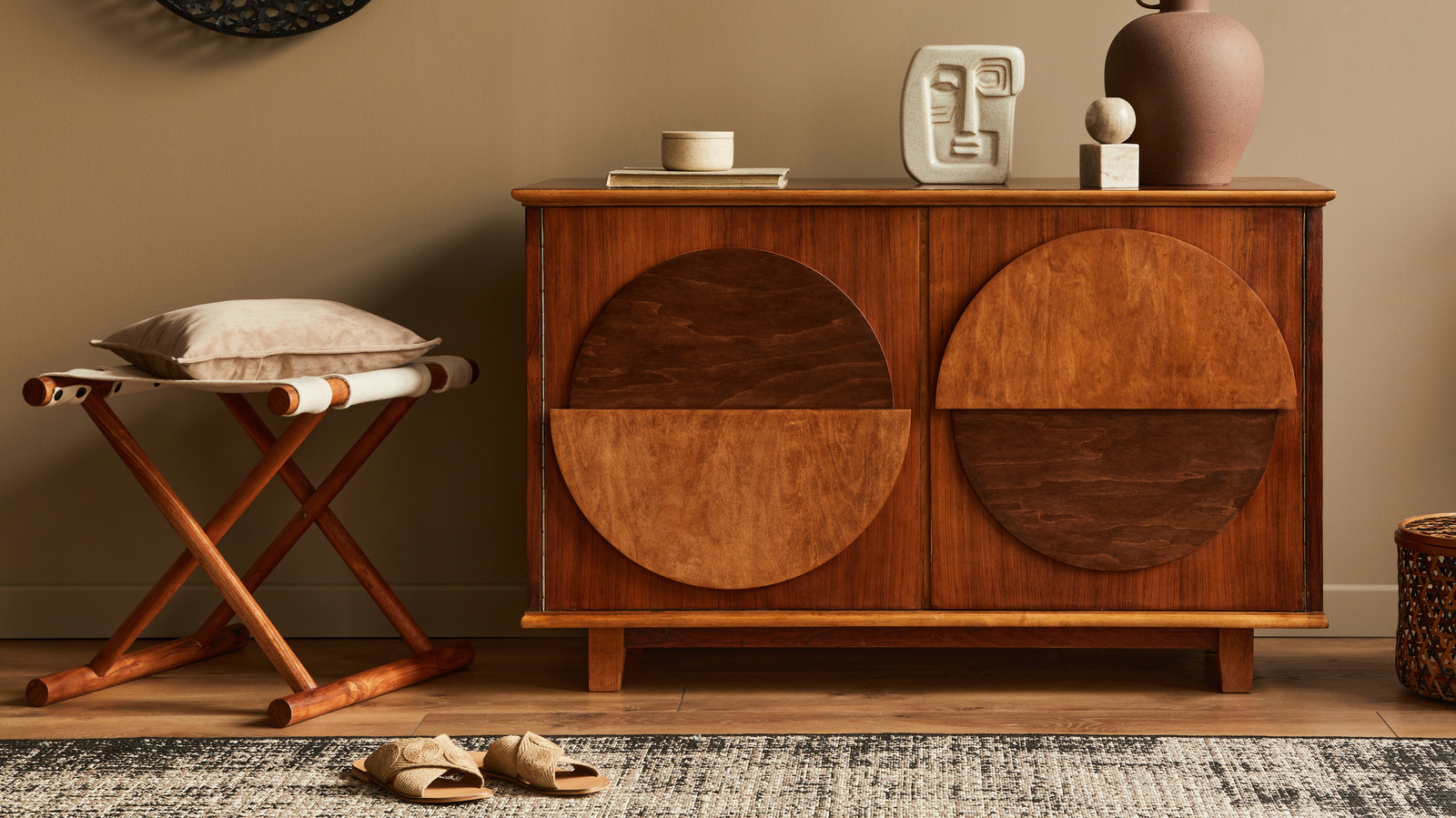